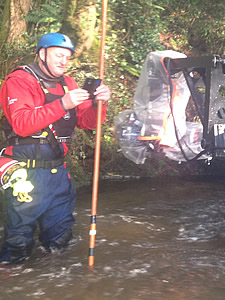 Duncan is the figurehead of OSSS which he set up in 1985. Since then he has built a team of qualified and experienced professionals who deal with demanding filming conditions within and outside of standard health and safety guidance. A qualified helicopter pilot, emergency first responder, Duncan also runs a corporate training center in Somerset which is also the hub of the Avon & Somerset search and rescue. Some say he was separated at birth from comedian Dara O’Brien, others just say he’s a smashing chap, and “doing a Duncan” has become a byword on BBC sets for needing help out of the ordinary. Duncan has worked regularly with BBC Casualty since Episode 1 Series 1 in 1986. 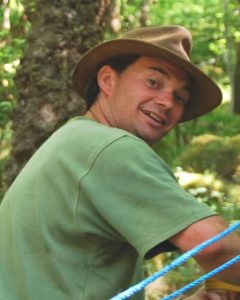 Ex-engineer and now professional outdoor instructor, Burt is one of the “can do” men within OSSS. Becoming bored with a proper engineering job, Ian took redundancy in 1996 and retrained as an outdoor activity professional. He now runs an activity and team event company, as well as providing rigging and support services for OSSS. Ian has wide experience in rigging for theatres, bands and film locations and relishes the technicality of getting odd equipment and people into equally odd places. Burt has had a wide range of experiences ranging from removing the wings from a cruise missile, to pall bearing, but he is happiest when caving, cycling or surfing and is usually accompanied by Rhubarb the bonkers spaniel. 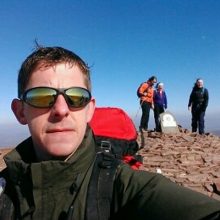 A skilled and enthusiastic outdoor adventure leader. Martin has a background in education and developing outdoor skills in young people including leading DofE and Ten Tors expeditions. He has worked on several film locations on behalf of OSSS including cliff rigging, in the water, and in forests. Martin is also a member of a mountain rescue team and an emergency first responder. 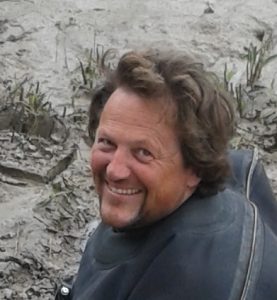 Ex-police diver and rope access man Steve is renown for his ability to talk to any living thing and extract some form of conversation from it. Steve has been there, seen it, done it and usually has an amusing story about it also. He is quite happy either being in charge of everything, or just making a good brew.

Need assistance with on-set safety?
For advice and bookings, please get in touch and we will be more than happy to help.

fill in this form

Keep on filming
..with no worries